The Girl in the Suit 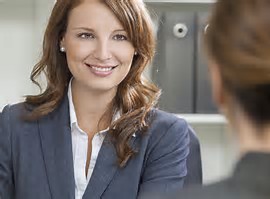 When I was 22 I worked for a female Sales Director in a blue chip co, she loved nothing more than a good suit and a Chanel handbag (and having a top performing sales team of course!)

She employed a young girl who on interview was wearing what looked like a borrowed suit, shy but smiley my boss said she had something..

She was good on the phones and had a knack for cold calling, however she lacked confidence face to face and looked scruffy. After a few months the girl was performing pretty well, but lacked confidence around other team members and my boss was unsure whether she would be suitable to accompany the Sales Manager on his appointments.

One day my boss called me into her office threw a wad of cash at me and said “you know how to dress take her shopping and sort her out” My first thought was real embarrassment why had I been asked to take this girl shopping, and I hoped she wouldn’t feel bad when I spoke to her. Instead when I told her what we were going to do she thanked me and told me no one had ever taken the time to show her what to wear or what was expected of her in the corporate world.

The shop was a success, I showed her how to buy separates that you could mix and match accessories and what I knew about colour. She thanked me again, and couldn’t believe how lucky she was to have been given this opportunity.

Over the next few months her sales not only increased but doubled and she won a top quarter performer award at the annual conference. She grew in confidence and started accompanying the Sales Manager on his appointments.

I’m not telling you this for any accolade as it was my boss that really gave her the opportunity, seeing her potential and investing her own money into this girl. She saw something that others didn’t. I’m telling you as I believe that given the chance to learn about style, colour and personal branding your confidence will grow and you can become the person you want to be.

When I look back I really appreciate the fact that my boss helped me, pushed me and helped me and others grow.

Are you that girl in a suit? Would you like some help with your style and to help you up the career ladder? Then contact me on 07825 509318 and arrange an appointment now.